Terri Bell Halliwell spear heads a national Brighton-based campaign to get more statues for women. She has been an inspiration to use and a consistent supporter from the start. She writes as follows: 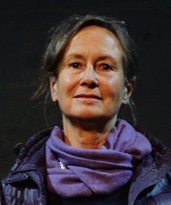 “Mary Clarke is one of the great band of wonderful  women who have been ignored by the powers that select those suitable for public commemoration. Civic statues in the UK – and worldwide – are so heavily biased in favour of men that any woman, no matter how significant, is unlikely to enter into consideration, let alone achieve selection. At the last count 85% of UK civic statues were of men and, of the remaining 15%, most were angels, nymphs or allegorical figures; maternal, saintly or sexualised. The vanishingly few real, named women honoured for their achievements, amounted to less than 3%. That’s 3% to stand for 50% of the population. One cannot help but wonder how this gross inequality arose?

Given that statues have been erected since earliest history we must assume that they have value to those who put them up. They require both finance and power over the use of public sites, so the ability to erect them has fallen almost exclusively to the ruling political or regal powers. In short, in a patriarchy, it has been a choice in the hands of men. The statistical evidence tells us they have chosen to mirror their own great deeds and their own agendas, wilfully overlooking the great deeds, achievements and contributions of women.

A civic statue has a quiet persistent power, that retains influence over decades, even centuries. We have only to consider the current rightful protests about the civic glorification of abhorrent slave owners for evidence of that power and its real ongoing effects.

Now is the time for us all to re-consider exactly who it is that we choose to honour in our towns and cities, to ask who it is that we want to see immortalised and passed down to future generations to stand as symbols of what we truly value.

Who are our heroes now? More to the point, who are our heroines? Surely, Mary Clarke is one of those heroines, of whom Brighton can be justly proud.”