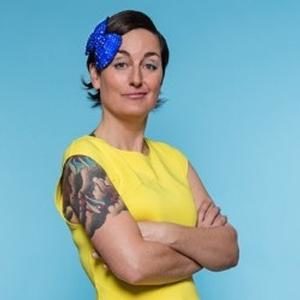 Brighton-based comedian Zoe Lyons has agreed to act as MC on 4th March at our benefit concert “Double Standards”. Like our great singers, Claire Martin and Liane Carroll, she is in huge demand. We  are so grateful she is making the time to be there and proud to have her support for the statue of Mary Clarke.

Zoe took her first steps down the comedy path in 2003 after training as an actress at the Poor School in London. She went on to win the Funny Women Competition in 2004 and her debut Edinburgh show was nominated for the if.comedy newcomer award.

In 2008 she won the Dave, Funniest Joke of The Fringe Award. Zoe has appeared in many TV shows including Mock the Week, The Wright Stuff, Michael McIntyre Roadshow and many more.

Don’t miss seeing her at our concert Double Standards on 4th March at St George’s Church.